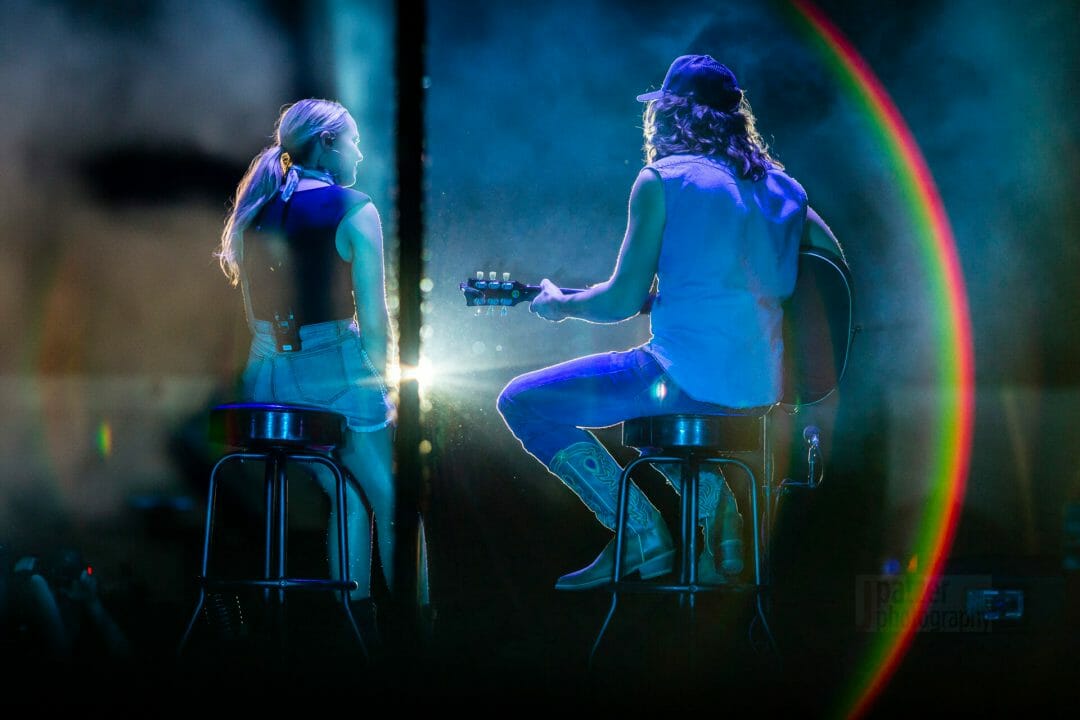 It took Walker Hayes over a decade to break into the country mainstream, but when he finally landed a Top Ten hit in 2017, “You Broke Up with Me” landed with the force of an explosion — appropriate, since its parent album was called boom. This 2017 album came six years after his full-length debut, Reason to Rhyme, announced a promising talent in a bro-country vein, but boom was fresh work that fused modern R&B, contemporary country, hip-hop, and rock, announcing a distinctive talent. Hayes consolidated this breakthrough with the clever “Fancy Like,” which reached number one on Billboard’s Country charts in 2021, a hit that was the cornerstone of his third record, Country Stuff the Album

Young stepped out on his own with the Top Ten smash “Bust a Move,” a good-natured examination of romantic successes and failures spiced by his sense of humor and quick-tongued rapping. The song won a Grammy for Best Rap Performance, and its strong pop appeal helped the attendant album, Stone Cold Rhymin’, go platinum

Tone-Loc soared from obscurity into pop stardom in 1989 when his hoarse voice and unmistakable delivery made the song “Wild Thing” (using a sample from Van Halen’s “Jamie’s Cryin'”) a massive hit. The song was co-written by Marvin Young, better known as Young MC

This vocal quartet broke through in 1991 with their performance of “I Wanna Sex You Up” on the soundtrack of New Jack City. They followed it with the gold-selling “I Adore Mi Amor,” which hit #1 on both the pop and R&B charts. The singles set the stage for the first Color Me Badd album, C.M.B., which sold over three million copies and spawned the gold-selling number one pop hit “All 4 Love” as well as the Top 20 singles “Thinkin’ Back” and “Slow Motion”

Formed in 1993 and debuted the next year with an a cappella cover of “So Much in Love,” a song popularized 30 years earlier by the Tymes. It reached number five on the Billboard Hot 100 and was trumped by the follow-up “I Swear”. In 1995, the group won a Grammy in the category of Best Pop Performance by a Duo or Group with Vocal for “I Swear.” They answered it with “I Can Love You Like That”

Kid ‘n Play debuted in 1988 with the platinum album 2 Hype, which the duo later spun into a deal involving films and a Saturday-morning cartoon show, the first involving a rap act. Though their recording activity became limited during the gangsta-dominated ’90s — 1991’s Face the Nation was their last album — the group managed two sequels to their original House Party film, as well as the 1991 teen flick Class Act

TREACH OF NAUGHTY BY NATURE

Jordan Davis is a contemporary country singer who proudly follows in the footsteps of Sam Hunt, dressing his solid country foundation with a blend of pop, modern R&B, and hip-hop. This fusion can be heard on “Singles You Up”, the bright and soulful debut single that arrived in the spring of 2017. Davis maintained that smooth, cheerful sound on subsequent hits “Take It from Me” and “Slow Dance in a Parking Lot,” then reaffirmed his country roots on 2021’s Buy Dirt mini-LP

From the outset of his career, Josh Turner styled himself as a country traditionalist. His deep, resonant bass voice recalled a supple Johnny Cash and his first hit, 2003’s sober and steady “Long Black Train”, was written in tribute to Hank Williams. Turner would wind up incorporating sly elements of modern country music — “Time Is Love,” one of the biggest country hits of 2012, shimmered with a gloss designed for adult contemporary crossovers and “Why Don’t We Just Dance” was clearly set in the modern world — but he never chased trends, which made him seem like a preservationist in the eras of arena and bro-country. Turner’s steadfast embrace of the music’s core values meant that he was a constant presence for nearly two decades, landing his first number one single in 2005 with “Your Man,” and still able to reach the upper echelons of the charts as late as 2016, when “Hometown Girl” peaked at number two on Billboard’s Country Airplay. Turner spent the years after “Hometown Girl” exploring his roots, delivering a gospel album, a country covers record and a holiday LP in the years spanning 2018 through 2021